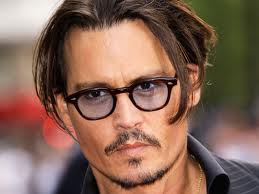 Is the star of 'The Lone Ranger' really planning to buy the property (and return it to tribal ownership) where 300 Native American men, women, and children were killed by the 7th U.S. Cavalry in the 1890 massacre? Or is it all little more than a rumor? Here are some details that we know to be true:

﻿
Joseph Brings Plenty, a spokesman for the Cheyenne River Sioux Nation, and who had several ancestors killed in the 1890 massacre, says: 'Honestly, I don't think it would be a bad thing if Johnny Depp would purchase the land with the cooperation of the various tribes. What is most important is that the land is preserved and an accurate account of what happened is shared with the public through a monument, a memorial.'

Time will be the determiner, as to whether or not Mr. Depp is serious about resolving this dilemma for the Sioux Nation. My feeling, which would be of little surprise to most, is that James Czywczynski is indeed greedy - greedy beyond all sense of reason and reality. If he truly cared about the people, history, and land, he would reconsider his outlandish price, drastically reduce it, and work with the Sioux Nation to transfer ownership in a dispatchful manner. Shame on you, Mr. Czywczynski, for not allowing this to happen. A day will come when you will reap reward for your action.
As for how Johnny Depp decides to spend his money: There are many world causes he could contribute to, and this cause is a noble one. It really is all about the time you are given to live on this earth, and what you choose to do with that time. Giving thanks for gifts received includes the act of sharing those gifts. Giving back is what really matters, not taking. God bless you, Johnny Depp, if this is the choice you make.

Posted by desertdogwriter at 11:27 AM No comments:


Here is a reasonable comparison:

Frank Schleck, Luxembourg pro cyclist, will not have his contract renewed by RadioShack-Leopard following his one-year suspension from the sport for doping (his illegal use of a restricted diuretic). Simply put: The International Cycling Federation, along with the athletes themselves, MUST do this if they want the sport to survive. How can the accomplishments/legitimate title of any team or individual cyclist in any competition be upheld without the sure knowledge that cheating did not occur? It can't. And so, zero tolerance. Zero tolerance for cheating.
As a professional educator, I understand zero tolerance for profanity, verbal threats or any act of violence, and I accept it unconditionally. In public schools zero tolerance means an unwillingness on the part of students, parents, teachers, administrators, and boards to accept, condone, or tolerate bullying and/or intimidation on the part of a student(s) toward another student(s). Schools MUST do this if they want legitimate learning to take place, and to ensure that every child experiences maximum success socially and academically. How can a student be expected to perform at maximum efficiency if they feel unsafe or inferior? They can't. And so, zero tolerance for the actions mentioned above. Zero tolerance for anyone who, through their actions or words, prevents another from succeeding. Why must public schools do this? Because by law, public schools will accept ALL students, inclusively. None will be turned away for any reason. And, as professionals, we are charged with maximizing student academic performance. The American public, rightfully, wants and expects academic results.

This comparison between the actions of/consequences for athletes who cheat and students who bully or intimidate serves us well, I feel. When the public is witness to such rules being implemented and enforced, though they may not be familiar with current public school, classroom social/academic practice, they nevertheless develop an understanding of why the rules are in place. 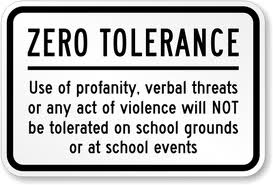 ﻿
Posted by desertdogwriter at 10:48 AM No comments: