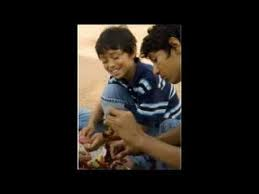 Main character, Danny Rivas, a Tohono O'odham boy from the Desert Southwest near Tucson, Arizona, is the central player in a 3-part saga, 'The Borderlands Trilogy.' The novels; 'Gift of the Desert Dog,' 'Secrets of the Medicine Pouch,' and 'Coyote-meeter's Abyss,' feature his adventurous exploits, supported by grandfather, Joseph, and school chum, Diego 'Digs' Ramirez. Danny is both typical and atypical of today's adolescents on American Indian reservations. He possesses many of the rebellious traits of youth as revealed in these coming-of-age stories, longing to discover what the big-city life of nearby Tucson and Phoenix is all about, while still strongly tied to his Native community and similarly dependent upon his grandfather, Joseph, for support in dealing with a detached and negligent father. He has a lot on his plate, but still manages to grow and mature against the backdrop of a border region where illegal immigration and drug-trafficking combine to create a most dangerous environment.

In the opening novel, Danny is a petulant twelve year-old, at war with himself and his parents, particularly father, Tony, who is away for long periods of time working for a landscaping company in the city. Even when Tony isn't working, his tendancy to drive the back roads with drinking buddies leaves Danny feeling unwanted and abandoned, questioning whether his life has any meaning at all. Not surprisingly then, he handles everyday crises by running away--to a remote desert kih (ceremonial hut) fashioned in the traditional method by his grandfather (with Danny's help). In this place, he feels at peace for reasons he doesn't fully understand, but will slowly come to appreciate in the person of old Joseph. Their decision to seek out the spirits of their ancestors propels them on a desperate journey to the summit of legendary Baboquivari Peak, where a lone coyote teaches Danny the values of loyalty and commitment.

In the sequel, 'Secrets of the Medicine Pouch,' Danny, Joseph, and 'Digs' Ramirez, join forces to uncover the lost portions of an ancient manuscript that reveal the secrets of a desert people. It is one year later and Danny, now a teenager, continues to grow and mature, gaining support and encouragement from Joseph and 'Digs.'

The final novel, 'Coyote-meeter's Abyss,' is a culmination for fourteen year-old Danny, as he discovers many of the unique characteristics that define him as a young man. When an illegal Mexican girl named Lupita rescues Danny and Digs from the bottom of an abandoned mine shaft, they all learn the importance of universal acceptance and respect. These revelations bring him closer to his family and friends.

Through all the adventure and mystery, Danny Rivas emerges as a viable force for positive change and self-fulfillment among the people of his O'odham reservation community. He has arrived as a leader for the future, and the reader senses that nothing can hold him back--no barrier is too strong, no mountain is too high to climb.

In learning about a boy named Danny Rivas, I hope young readers find in themselves many of the same strengths, appreciating their own unique abilities and talents--That they develop a greater love of family and community--That they come to realize what makes them truly special as Americans.

Posted by desertdogwriter at 10:39 AM 2 comments:

The Next Big Thing Blog Hop 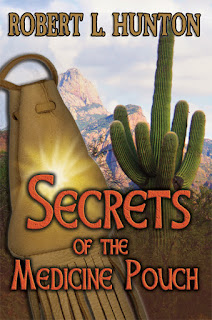 I was tagged by my friend, Margaret Larsen, of the Words and Works blog for the Next Big Thing blog hop. I agreed to answer questions about my latest middle grade/YA novel in 'The Borderlands Trilogy.' 'Secrets of the Medicine Pouch' is a mystery/adventure for all ages, but written particularly for young readers.

Q: What is the title of your current work?
A: Secrets of the Medicine Pouch, Book Two in The Borderlands Trilogy

Q: Where did the idea come from for the book (series)?
A: This series was born out of my love for indigenous culture, particularly Tohono O'odham tradition of the SW, resulting from years of middle school classroom teaching

Q: What genre does your book fall under?
A: Middle grade/YA fiction, mystery/adventure

Q: What is the one-sentence synopsis of your book?
A: Wise old Joseph; a Tohono O'odham healer, his grandson, Danny Rivas, and Danny's pal, Diego 'Digs' Ramirez, risk their lives to unravel the secrets of Chief Jonathan Gray Horse's sacred medicine pouch and save their people from destruction

Q: What other books would you compare this story to within your genre?
A: 'Touching Spirit Bear,' Ben Mikaelsen   'Hatchet,' Gary Paulsen   'Crossing the Wire,' Will Hobbs

Q: Who or what inspired you to write this series?
A: My inspiration comes from the struggles of O'odham reservation families to provide a better life for their children

Q: What else about your series might pique the reader's interest?
A: The three books in the series: 'Gift of the Desert Dog,' 'Secrets of the Medicine Pouch,' and 'Coyote-meeter's Abyss (coming in 2013), are adventure/mystery stories which take place in the dangerous desert/mountain borderlands area of southern Arizona

Q: Where can readers purchase your books?
A: All titles can be purchased at B&N, B&N.com, Amazon.com, and all independent booksellers (greater Tucson - Mostly Books, Bookman's, Green Valley Book Shop)


Posted by desertdogwriter at 8:56 AM No comments: