Wow, is that a spelling error? But you're an author!

I thought I would address this statement, not only because I professionally write and author books, but because I support the sentiment behind the quote: 'To err is human, to forgive devine.' And with this, the knowledge that a number of the world's greatest literary masters were famously poor spellers and punctuators. John Keats? Ernest Hemingway? Jane Austen? I'll return to these authors, among others, and their briefs shortly.

From the critic's perspective, deciding whether or not to publicly correct a writer's spelling, punctuation error(s) is definitely a judgment call. And that is certainly not to assume that everyone uses good judgment. When such an error is within the body of an email message, random posting, etc., it is (reasonably) much tougher to criticize. When an error is discovered within the text block of a published work (such examples are uncommon, but do surface occasionally), it is more likely that the mistake was the writer's and then overlooked by the line editor, though the editing process does work both ways. My editor would admit to her own errors not found in the original manuscript. An error might constitute more of an issue, particularly if the glitch distracts the reader, or prevents them, in some way, from fully enjoying the scene, setting, dialogue, story arc, etc. And if such an issue does result, it would (again, reasonably) justify contacting the author, publisher about it. But notice that I have thus far avoided a return to the word 'publicly,' used in my opening sentence.

There are those who cannot resist an opportunity to find fault in others. It's pretty much 'Psychology 101,' or 'I can repair my own low self-esteem by chipping away at yours.' And some would jump at the chance to provide criticism because they see published writing as falling within the domain of public consumption (Hey, it's out there for everyone to see, isn't it?). It's worth noting here that professional critics get paid to do this sort of thing. Nothing personal, of course! :) There's also this: 'I mean really! I paid good money for this book!' True, we all want and deserve our money's worth. Additionally, bad editing is insulting, since reading is a personal experience. But then, writing is also very personal.

Because writing is so personal, I am inclined, actually happy, to accept private notification, correction of errors in spelling, punctuation, and/or usage in my everyday correspondence, postings, etc. Although I try very hard to avoid such mistakes! After all, I am a published author with a reputation to uphold. Where I think the average critic oversteps the 'rudeness barrier' is when they point out such everyday errors in a public arena. This is likely to embarrass, at least disconcert.

In a novel I recently read, published by a major house, there were two errors that fall under the category of 'typo.' One, I had seen before, and is more common: 'the the.' The second: 'after' spelled 'alter.' Neither had any impact on my enjoyment of the work. Rarely does one see formatting issues; a good thing, since that kind of error can really distract.

Now back to the authors mentioned at the top of the blog, and a couple more that may surprise you.

Ernest Hemingway did a good deal of journalistic reporting during the Spanish Civil War, often from the front lines of the conflict. Newspaper editors regularly complained about his miscues and spelling mistakes. His typical response to them was something like - 'Well, that's what you're paid to correct!' 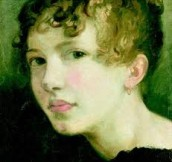 Jane Austen titled one of her early works, 'Love and Freindship,' and once spelled 'scissors' as 'scissers.'

William Faulkner's editor at Random House, Albert Erskine, referring to the author's misspellings, faulty punctuation, and accidental repetitions, once said, 'He depended on me to point out such errors and correct them, and though we never achieved a perfect performance, we tried.'

F. Scott Fitzgerald's novel, 'This Side of Paradise,' was famously criticized by literary critic, Edmund Wilson, who said of the work, 'One of the most illiterate books of any merit ever published.'

In a love letter to Fanny Brawne, Keats spelled 'purple' as 'purplue.' The author tried to hide his embarrassment by claiming that he meant to coin a new word - a cross between purple and blue.


Enough examples of the human side of erring? It's reassuring to know that it has happened to the best of them, and will likely continue with today's writers. Doing the research to prepare this blog, I can say that I am as determined as ever to avoid missteps in my work, while appreciating that the foot bridge over the chasm is wobbly, my gait is unsteady, and there is no hand rail to protect me from falling!

My very best to you in writing!

Posted by desertdogwriter at 2:30 PM No comments:

Tonight is the night! Come join us! Three of southern Arizona's freshest voices in fiction - Robert L. Hunton, author of the 'Borderlands Trilogy,' including his new powerful sequel to 'Gift of the Desert Dog,' 'Secrets of the Medicine Pouch,' Michaele Lockhart and her latest novel, 'Hoarding Lies, Keeping Secrets,' and Matthew Marine, author of the just released mystery/suspense novel, 'Devil's Moon.'
The Bridge Gallery Art Walk - 5425 N. Kolb #113 - Ventana Plaza - Tucson, AZ - 5-9 p.m.
Enjoy the warm evening air on your stroll along this wonderful venue and take advantage of some great summer reading selections! All three authors will be there to talk about their latest work and sign copies. The art is aesthetically pleasing, the mountains are majestic, and the fiction is fantastic! See you there!

Posted by desertdogwriter at 9:59 AM No comments:

Great reviews!
Here is what Nicole Sorkin, Managing Book Review Editor, Pacific Book Review, had to say about Michaele Lockhart's 'Last Night at the Claremont:'
'Lockhart treats her readers, as does her character, with unique kindness and polite respect. Finishing her book I felt stories reverberate as long as possible only to become my memories as well. Bravissimo!'
And Lisa Barker of Biblio Reads - Children's Book Reviews, said this about Robert L. Hunton's 'Borderland's Trilogy' mystery/adventure series for young readers, including 'Gift of the Desert Dog' and 'Secrets of the Medicine Pouch' - 'These stories are even more than the descriptions put forth. They are wonderfully warm and patiently told tales of a boy coming of age and embracing his heritage in the Arizona desert. I was swept up in the life of Danny Rivas. I found myself deeply immersed in the tension and unfolding mystery. Love and Native American spirituality are woven throughout. They are well worth the read!'

Posted by desertdogwriter at 2:09 PM No comments:

I was just connected with young adult readers at Goodreads.com, and part of a discussion on: 'What book started you reading?' Many are citing wonderful examples, everything from C.S. Lewis's 'The Chronicles of Narnia,' to Suzanne Collins's ...'The Hunger Games.'
I couldn't resist adding the book that really started it all for me, thanks in part to my 7th grade English teacher. She brought the pages of Marjorie Kinnan Rawlings' 1939 Pulitzer Prize winner, 'The Yearling,' to life for all of us in her class. For the first time, I learned about honor, respect, and sacrifice, and in a way few other writers have accomplished for me since.
I urged all in the discussion thread to read the book, if they hadn't already, and share their thoughts.
What book started you reading? More importantly perhaps - Why was it such a motivator for you?See More

Posted by desertdogwriter at 3:16 PM No comments:

An author signing event not to be missed! Robert L. Hunton and Michaele Lockhart together at the Bridge Gallery Art Walk, Ventana Plaza, Suite 113, 5425 N. Kolb Rd., Tucson, AZ, Thursday, July 12, 2012, 5 - 9 p.m.
Two southern Arizona writers with a flair for fiction will meet/greet, talk about their books, and sign copies. Plan to spend a summer evening strolling Ventana Plaza, surrounding yourself with wonderful art, and checking out some excellent summer reading selections. 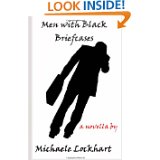 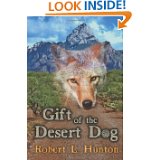 Robert L. Hunton is the author of the 'Borderlands Trilogy:' 'Gift of the Desert Dog,' 'Secrets of the Medicine Pouch,' and 'Coyote-meeter's Abyss.' His novels for young readers also include 'Ripper's Tomb: An Eddie Castro Boarding Adventure,' and 'Dead End Summer.'

Michaele Lockhart has authored her latest, 'Hoarding Lies, Keeping Secrets,' 'Last Night at the Claremont,' and a fun summer novella, 'Men with Black Briefcases.'
Posted by desertdogwriter at 12:31 PM No comments: